Hayley Pomfrett’s violin studies took place in Germany where she studied for 4 years at the Hochschule fur Musik Würzburg with the eminent Russian professor, Grigori Zhislin. Since her graduation her career has taken on at an amazing rate and every year has brought new and exciting engagements.

As an orchestral musician Hayley held the position of Principal 2nd Violin with Northern Ballet for 7 years. She also plays regularly with many UK orchestras such as the BBC Concert Orchestra and the Chamber Orchestra of London as well as in the pit orchestras for London’s West End Shows such as Hamilton, Phantom of the Opera and Les Misérables.

An experienced and confident public performer, Hayley has toured extensively in the UK, Europe, the USA, Canada, South America, the Middle East and Asia. She has played at all major UK concert venues including the Royal Albert Hall, Wembley Stadium, the O2 Arena and the world-famous Abbey Road Studios and also at many prestigious international venues such as the Burj Khalifa in Dubai, the Emirates Palace in Abu Dhabi, the Beau Rivage Palace in Switzerland, the Venetian Hotel in Las Vegas and, most recently, at the brand new La Seine Musicale in Paris.

Some of Hayley’s engagements
as a violinist include:

Touring with Michael Bublé in 2019

Recording film soundtracks such as Ghost in the Shell, All The Money in The World, Annihilation, Shazam and The Snowman

Performing a solo violin cabaret show as guest entertainer on contracts for Seabourn and Silversea cruise ships all over Europe,South America and Asia

Performing as Lumina the Laser Violinist all over the world (www.laserviolinist.com)

Performing at major events including the Rugby World Cup Final and the Formula 1 Monaco Grand Prix 2014 on the Ferrari Yacht with Siren Quartet (www.sirenstringquartet.com)

Performing for the top tennis players of the world at the ATP Men’s Open in Doha, Qatar in January 2015

Tours and concerts all over the world with the BBC Concert Orchestra, a highlight of which was the Queens’s Diamond Jubilee Concert at Buckingham Palace in June 2012 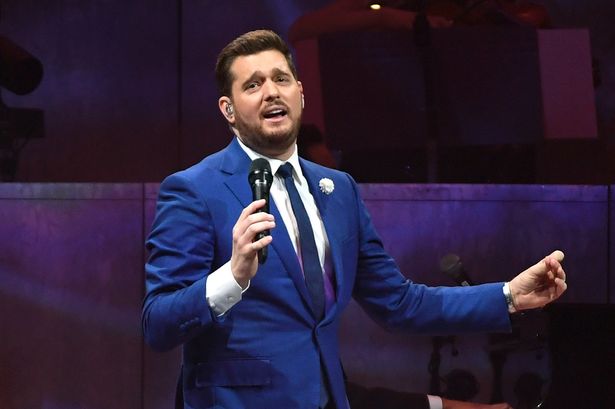